Dolores Huerta is a civil rights activist and community organizer. She has worked for labor rights and social justice for over 50 years. In 1962, she and Cesar Chavez founded the United Farm Workers union. She served as Vice President and played a critical role in many of the union’s accomplishments for four decades. In 2002, she received the Puffin/Nation $100,000 prize for Creative Citizenship which she used to establish the Dolores Huerta Foundation (DHF). DHF is connecting groundbreaking community-based organizing to state and national movements to register and educate voters; advocate for education reform; bring about infrastructure improvements in low-income communities; advocate for greater equality for the LGBT community; and create strong leadership development. She has received numerous awards: among them: The Eleanor Roosevelt Humans Rights Award from President Clinton in 1998. In 2012 President Obama bestowed Dolores with The Presidential Medal of Freedom, the highest civilian honor in the United States.

James is originally from Chicago and moved to Seattle from Brooklyn, NY where he worked as an artist and educator for the past 20 years. Before joining Arts Corps as Executive Director, he was the Director of Education at Urban Arts Partnership, in New York City. James also facilitated workshops and designed curriculum for the New Victory Theater, Roundabout Theatre, Disney Theatrical Group, and others. Previously a professor at NYU, James taught a myriad of classes, ranging from Acting and Directing to EdTech and Special Education. A graduate of Morehouse College and Brandeis University, James has presented at SXSW EDU, NYU’s IMPACT Festival, New York Creative Tech Week, EdTechXEurope, Google Educator Bootcamp, and provided Professional Development to teachers across the world. His work has been featured by Pie News, New Profit, Complex Magazine, National Guild, Seattle Times, KOMO, NPR, CBS, NBC, US Department of Education, and ASCD. James is a former accountant, model, and actor. He can be frequently found on social media, as @fresh_professor, writing about arts education, educational policy, and academic inequity.

Lodz Joseph, CNM, MPH, CD(DONA), earned her Bachelor of Science in Psychology and Religious Studies from the University of Pittsburgh in Pittsburgh, Philadelphia. She went on to complete her Master of Public Health, International Health, with an emphasis in Reproductive Health and Refugee Health from Loma Linda University. Lodz continued her education and received her Bachelor of Science in Nursing and her Master of Science in Midwifery from Columbia University in New York, New York. Lodz is a member of the American College of Nurse Midwives, Georgia Midwives and National Black Midwife Alliance. Lodz is fluent in English, Haitian Kreyol and French. In her spare time, Lodz enjoys hiking, sprint triathlons, reading, live music, dance, photography, and writing.

In his role as a consultant, author and organizer based in his home in Los Angeles he has, since early 2014, represented the following organizations and campaigns done a number of projects on behalf of progressive causes and movements mostly focused on economic security for older Americans. See details here.

Steve is an advocate for Public Citizen’s Access to Medicines program, focusing on expanding affordable access to medicines. Knievel is an expert in policy matters affecting drug pricing and access to medicines in the United States. He has worked to develop and advance federal policy measures to lower prescription drug prices, including policies to facilitate government drug price negotiation, stop price spikes, and curb monopoly abuses of industry. Knievel brings to Public Citizen his knowledge and experience in domestic and international campaign work, including thorough policy analysis, lobbying, communications and coalition building.

Jyoti Nanda is an Associate Professor of Law at Golden Gate University (GGU) School of Law where she teaches Criminal Law, Evidence, and Juvenile Law. Her research and writing is at the intersections of gender, race, disability, education, and juvenile justice.  She seeks to make meaningful doctrinal interventions in disability and criminal law. Professor Nanda is currently involved in an education project to address the knowledge gaps about the justice system for youth in the Los Angeles delinquency system that she plans to scale statewide.  The American Bar Association (ABA) nominated Nanda in 2016 to serve as the Reporter for the forthcoming ABA Juvenile Justice National Standards. She taught at UCLA for 16 years.  Prior to joining the faculty at UCLA School of Law, Nanda was awarded a Skadden Fellowship to work as a staff attorney in civil rights at the NAACP Legal Defense and Educational, Fund. Inc. (LDF).  Born in Nairobi, she is a proud immigrant and the daughter of parents who were refugees and immigrants from Pakistan/India and Kenya.

Seciah Aquino is the Senior Policy Manager for the Health and Public Benefits portfolio at the California Immigrant Policy Center (CIPC). Her work focuses on increasing access for immigrant communities and is currently focused on the CA Protecting Immigrant Families Campaign against Public Charge.

Dr. Aquino was born in Guatemala City and immigrated to the United States at the age of ten. Her training in public health began when she was only five years old as she was exposed to medical missions and the powerful impact they had in rural Guatemalan neighborhoods. She began her career as a health justice worker in South Central Los Angeles, working with Spanish and French speaking immigrant families. For more details click here.

Luis is a research associate at Knowledge Ecology International (KEI). Prior to KEI Luis worked as a Fellow with the Interdisciplinary Centre of Studies in Science, Technology and Innovation (CIECTI) in Argentina, Global Policy Extern with Public Knowledge, and Access Intern with Doctors Without Borders (MSF-USA). He has taught technology law to undergraduate computer science students at the Universidad Nacional General Sarmiento (UNGS) and public policy to intellectual property master students at the Latin American School of Social Sciences (FLACSO). He received his Bachelor’s degree in Law from the Pontificia Universidad Católica Madre y Maestra (PUCMM) and Master’s degree in Intellectual Property from the Latin American School of Social Sciences (FLACSO), in Argentina. Luis is a Ph.D. candidate in International Law at the University of Buenos Aires (UBA).

Justin Mendoza is the State Partnerships Manager at Families USA. In this role he works to support state consumer advocates by building cross-state collaborations and advising on campaign strategy development and coalition building. Justin also works on Families USA’s drug pricing projects, where he provides strategic guidance and expertise on prescription drug pricing policy at the state and federal level, and co-coordinates a monthly organizing table connecting organizations working to mobilize for lower drug prices. Justin holds a M.P.H., with a certificate in regulatory affairs from Yale University and a B.S. in biomedical science and neuroscience from Central Michigan University. He serves on the UAEM North America board of directors and has previously led UAEM chapters and been a member of the coordinating committee. 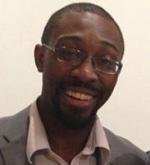 Matthew Rose is a longstanding HIV and social justice activist and our resident U.S. government policy wonk. He brings over a decade of experience in community engagement, federal health policy, HIV science, and advancing health equity. Prior to joining our team, Matthew served as the Policy and Advocacy Manager for the National Minority AIDS Council, where he worked on federal appropriations and authorization legislation related to HIV and health disparities affecting people of color. He also oversaw the development program for the National HIV Biomedical Prevention Summit, one of the leading conferences on HIV biomedical implementation in the United States. Matthew is currently the community co-chair of the Microbicide Trials Network and a member of the Vaccine Advocacy Resource Group (VARG)—an independent, advocate-led, global team of AIDS prevention research advocates that plays a critical role as liaison in the highly complex field of HIV vaccine research. He serves on the Board of Directors for the AIDS Treatment Activist Coalition (ATAC), a national coalition of AIDS activists—many living with HIV/AIDS—working together to end the AIDS epidemic by advancing research on HIV.

This work is licensed under a Creative Commons Attribution-NonCommercial-ShareAlike 4.0 International License.